On this, the inaugural episode of the tiff loves words podcast, we dive into a piece by America’s transcendentalist darling, Walt Whitman. To understand the emotion behind these words, we must first understand the time in which they were written and the fascinating man behind the pen. 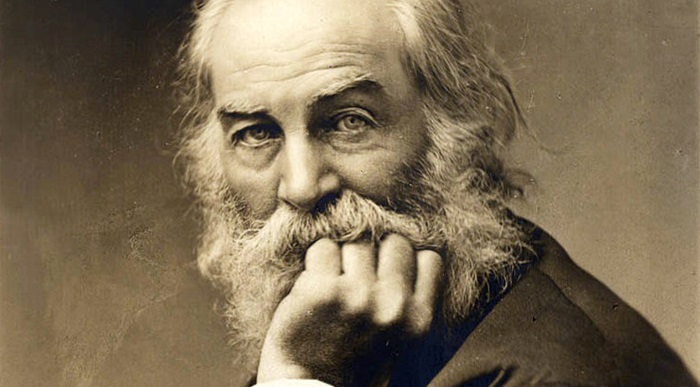 What makes Walt Whitman’s “To a Stranger” so compelling?

Poetry, like all art, is subject to interpretation. What may be a masterpiece to you, could be unintelligible to another person. As lovers and collectors of art in all forms — music, canvas, writing, street graffiti, the cinema — we accept this unspoken rule.

However, how often do we consider what the artist thought and felt? How important is context to our understanding or admiration of a piece of art?

Walt Whitman was born in the 19th century during the Second Great Awakening. It was a time of great social change in the United States. Every day life was infused with revolutionary spirit, from the collapsing of empires and the birth of a nation to religious transformation and rapid industralization.

America had just declared independence in 1776 and doing its best to shake off colonial influence. In 1789, the country elected its first president and introduced the Bill of Rights. At the time, New York was the center of government activity and the founding fathers were more like folk heroes than politicians. It’s no surprise that Whitman’s father named three of his sons after these heroes: George Washington, Andrew Jackson, and Thomas Jefferson.

Whitman was born on Long Island in 1819. He was the second of eight children and shortly after his birth, his family moved to Brooklyn. Whitman’s family was extremely poor and he describes his childhood as “restless and unhappy.”

At the age of 11, Whitman stopped going to school and got a job to help support his family. He started working in newspapers, which undoubtedly sparked his love of writing. When he was 16, Whitman submitted a few poems to a newspaper. Then, in his early 20s, he tries his hand at teaching and running his own weekly newspaper, the Long-Islander. Neither of these endeavors work out, so he returns to working at at papers and submitting the occasional piece of writing.

Whitman starts building a reputation for writing after he publishes serialized fiction pieces in well-known newspapers. Then, in his late 30s, he self-publishes the first edition of Leaves of Grass. The first edition has a very limited run and minimal reception. However, poet Ralph Waldo Emerson gets his hands on a copy and loves it. He writes to Whitman and the two start a friendship. Emerson’s appreciation of his work helps push Whitman and Leaves of Grass into greater fame.

Not everyone enjoyed Leaves of Grass at the time, however. Some critics found it “trashy” and “profane.” But it gained Whitman the admiration and friendship of several more writers, including Henry David Thoreau and Amos Bronson Alcott.

Whitman, Emerson, Thoreau, Alcott, and others were giants in the transcendentalist movement. Often called the Transcendental Club, these writers focused on spirituality and the connection between body, soul, and the earth. They pushed boundaries. They questioned polite, traditional ideals.

Whitman especially was seen as crude because his writing so often celebrated and explored the human body and its link to nature. He was into indulgence, self love, personal satisfaction, and honest reflection.

Later in life, Whitman was deeply affected by the Civil War. He volunteered in hospitals, tending to wounded soldiers. He saw first hand the chaos and destruction of war. But, in getting to know these soldiers, he also saw the side of war that is fragility, tenderness, humor, and grace. He sat with them, held their hands, hugged them — whatever comfort and connection he could offer, he did so. Whitman didn’t let what society said was polite or proper get in the way of helping these men.

In reading “To a Stranger,” knowing who Whitman was and what he had experienced offers a new lens to his beautiful, poignant words. The poem itself is short — fleeting like the moment in which it describes.

That theme of authentic connection and vulnerability is something that drives Whitman throughout his lifetime. In reading “To a Stranger,” knowing who Whitman was and what he had experienced offers a new lens to his beautiful, poignant words.

The poem itself is short — fleeting like the moment in which it describes. Whitman is saying: I exist. Our bodies are existing together in this moment. Look into my eyes and see me. We are the same. “To a Stranger” is a longing for and dedication to that connection.

That’s what makes this piece so compelling. In a time of social media, our tendency to connect through screens more often than staring into each other’s faces lends “To a Stranger” an even more significant meaning. We need one another and we need that recognition of vulnerability and oneness.

Passing stranger! you do not know how longingly I look upon you,
You must be he I was seeking, or she I was seeking, (it comes to me as of a dream,)
I have somewhere surely lived a life of joy with you,
All is recall’d as we flit by each other, fluid, affectionate, chaste, matured,
You grew up with me, were a boy with me or a girl with me,
I ate with you and slept with you, your body has become not yours only nor left my body mine only,
You give me the pleasure of your eyes, face, flesh, as we pass, you take of my beard, breast, hands, in return,
I am not to speak to you, I am to think of you when I sit alone or wake at night alone,
I am to wait, I do not doubt I am to meet you again,
I am to see to it that I do not lose you.