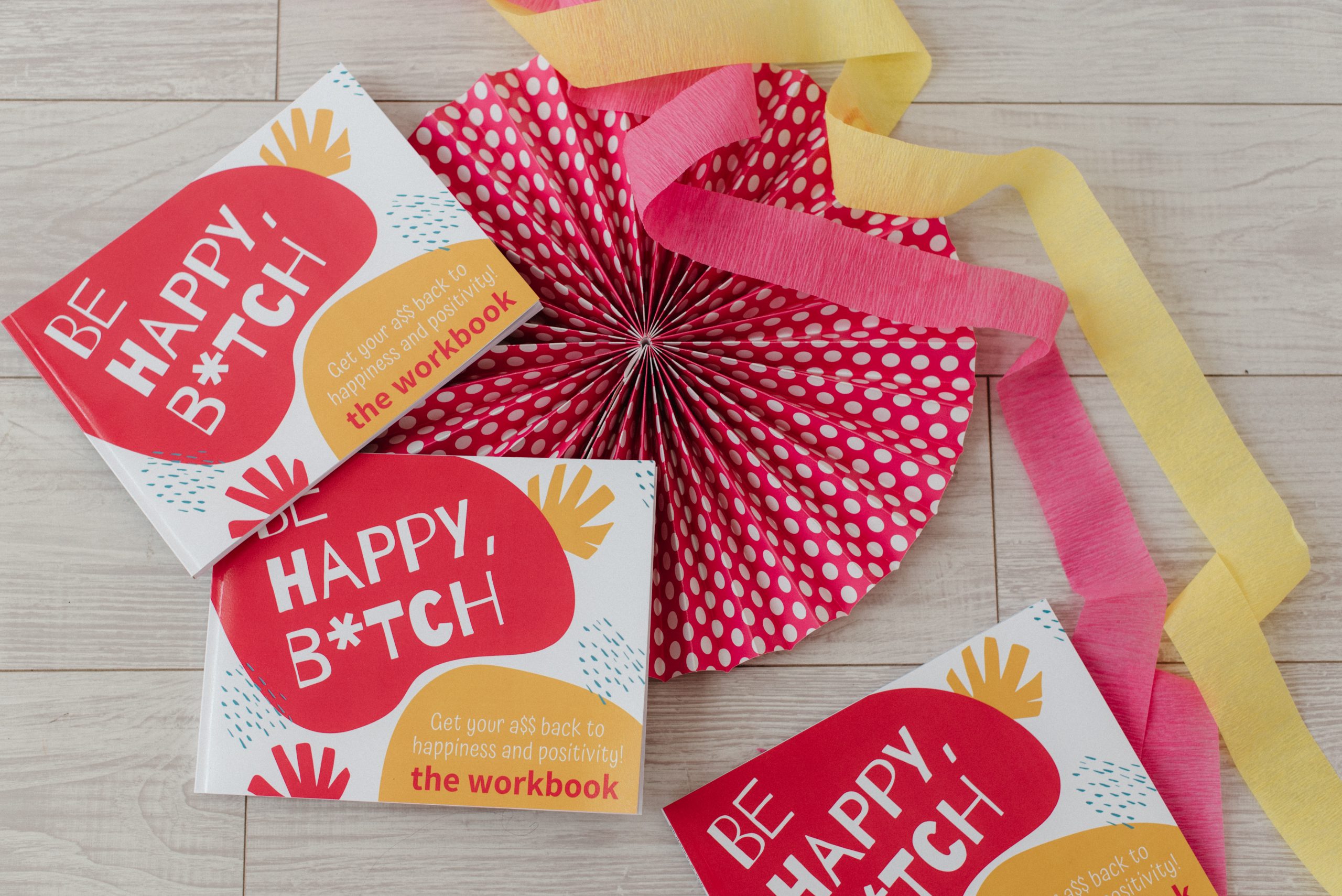 Episode 4 is a real treat because we’re discussing a feminist icon, a Mexican legend, a religious prodigy, and one of the most loved female poets in recent history.

In her lifetime, Juana Ines de la Cruz wrote several plays, poems, and essays. Two volumes of works were published while she was alive. The last reprint of her original works was published in 1725. The first modern edition of her poetry wasn’t published until 1940, some 215 years later.

Love for her work was rekindled in the 20th century and her writing is considered some of the greatest poetry in the modern world.

Feminist icon, Mexican legend, and one of the greatest poets in recent history

No other female poet has made an impact like Juana Inés de la Cruz. She has become a feminist icon, a Mexican legend, and one of the most loved poets in recent history.

Daughter of the church

Juana Inés de la Cruz was born Juana Ramirez de Asbaje, most likely on December 2, 1648. There is no official record of her birth remaining but there is a baptismal certificate of “a daughter of the church” that lists her aunt and uncle as godparents. What’s a daughter of the church, you ask? Well that’s a lovely 17th century way of saying she was a bastard.

Juana Inés was born in San Miguel Nepantla in New Spain, which is now Tepetlixpa in the State of Mexico.

Her parents were reportedly poor. Her mother, Isabel Ramirez, had six children. Her father, Pedro Manuel de Asbaje, is actually almost a complete mystery. Juana herself says he was a Basque but not much else is known about him. In fact, there are rumors that he could have even been a priest, which would have been a huge scandal at that time. Escandlo!

In the 17th century, the Renaissance was taking its last breath and there was a small pause before the Age of Revolutions. But things were far from quiet. When Juana was born, the world was in the middle of upheaval, cultural shifts, the rise of scientific experiment, and of course, wars.

Let’s add some familiar context so you can understand just how crazy things were in the 1600s. Shakespeare was penning masterpieces at the same time that Galileo was discovering the moons of Jupiter. Protestants were fighting Catholics in the Thirty Years War, the Ming Dynasty was falling, and England was becoming a republic and then shortly after going straight back to a monarchy. Issac Newton was making some big discoveries, Pocahontas was meeting King James, Peter the Great was rising to power, and the Intellectual Enlightenment was kicking off.

A huge contributor to the chaos and magic of the 17th century was trade. People were making money and making voyages to find crops, precious metals, and humans to convert to Christianity. It was only about 100 years before Juana was born that Cortés was landing on the beaches of Veracruz and becoming BFFs with anyone who hated the Aztecs.

In Mexico, or New Spain at the time, as you can imagine, Spaniards had all the power. Bloodlines meant everything back then and people didn’t marry outside of their class. So Juana being a daughter of the Church meant, regardless of her talents or skills, her future was limited.

Juana the prodigy, Juana the rebel

Back then, the church was at the center of everything, including the educational system. Women were taught to read the Bible and other religious texts, but rarely taught to write. And when I say women, I really mean women of privilege.

Juana Inés is sometimes regarded as this poor, rebellious genius, who, against all odds, got an education and published her writing for the masses.

And it is very true that she was a rebel and, by all accounts, a genius. But it’s also true that her grandfather owned a Hacienda and she had shelves of books surrounding her from a very young age. And it’s true that she served time as a lady-in-waiting in a royal court. So even though she was a revolutionary thinker and a trailblazer in her own way, she wasn’t exactly far removed from the powerful elite.

So, let’s get back to that incredible genius that she’s known for. It’s said that Juana could read and write Latin by the age of three. By the age of five, she was doing accounting and at eight years old, she was writing poetry about the Lord’s Supper. I was also writing poetry at age 8, but it certainly wasn’t about the Eucharist. Actually I don’t think it was about anything. Let’s forget I said that.

Moving on, Juana was a master of Greek logic by the time she hit puberty. She was tutoring other kids in Latin and learning Aztec languages at age 13.

At 16, she was sent to Mexico City. What she really wanted was to go to university, but she couldn’t get away with disguising herself as a boy. She ended up impressing Vicereine Leonor Carreto. The wife of the viceroy would become one of her biggest supporters. People at court were impressed by Juana’s mind and her quick wit.

When she was 17, the viceroy wanted to test the limits of her intellect, so he invited dozens of men — theologians, poets, philosophers, and others — to question, scrutinize, and challenge Juana. She threw down. Juana’s knowledge was so astonishing that she started gaining a reputation throughout New Spain. People were talking about Juana, dudes were proposing marriage, she was slowly changing minds about women and education.

The church as choice

Juana Ines had a liberated mind, empowered by knowledge and curiosity. It may have been a surprise to some, but her next step wasn’t to just marry and entertain as the wife of a nobleman. She decided to enter a convent, become a nun, and devote her life to studying. That doesn’t exactly sound like a move aligned with a fiercely independent life, but Juana viewed it as the only way she could have the freedom to continue learning.

At the age of 21, Juana Ramirez de Asbaje became Juana Ines de la Cruz, or in English, Sister Joan Agnes of the Cross. She lived as a nun at the Convent of Santa Paula of the Hieronymite in Mexico City until her death.

Depending on who you ask, the church was viewed as an angry oppressor and a supportive benefactor in Juana’s fascinating life. The truth is, as always, probably somewhere in the middle.

In the convent, it’s said that her cell was actually a well-maintained apartment, complete with servants and a library. She entertained often and corresponded with many elites.

One very well-known exchange included that of her biggest critic, Manuel Fernandez de Santa Cruz. He was a bishop who surreptitiously published Juana’s critique of an old sermon in 1690. Then the bishop pretended to be a nun named Sister Filotea and told her to focus on religion, not writing.

She responded to the fake nun, defending a woman’s right to an education. In response, the Archbishop of Mexico and many other high-ranking church officials condemned her as wayward.

In many of her writings, Juana highlights the hypocrisy of the treatment of women. One of her more famous lines being: “Who sins more: she who sins for pay or he who pays for sin?”

She also wrote about the absurdness of people caring what she does with her own mind, remarking that it doesn’t bring anyone harm.

By age 45, it seems that Juana stopped writing. Some say she renounced writing and gave away her library of 4,000 books. Others say the church punished her and confiscated everything.

In 1695, months before her 47th birthday, Juana Ines de la Cruz died from the plague.

In her lifetime, Juana wrote several plays, poems, and essays. Two volumes of works were published while she was alive. The last reprint of her original works was published in 1725.

The first modern edition of her poetry wasn’t published until 1940, some 215 years later.

Love for her work was rekindled in the 20th century and her writing is considered some of the greatest poetry in recent history.

Her convent is now a university — the University of the Cloister of Sor Juana. Her face is even printed on the Mexican peso.

The legacy of Juana Inés de la Cruz lives on, especially through the modern lenses of feminism, art, and in LGBTQA+ communities.

Because Juana wrote often about her female patrons, Vicereines Leonor and Maria Luisa, and their special bonds, some consider her the first lesbian poet in Mexico.

A closer look at her work: My Divine Lysis

An example of this is My Divine Lysis. Lysis was a pet name for Maria Luisa. In the poem, Juana is expressing her complete adoration of her patron. She is absolutely infatuated. Juana worships her.

There is a smile on her face when she talks about possible punishment. This is a woman who will revel in the few moments that this goddess on earth will take to focus on her, even if it means enduring pain and suffering. She doesn’t care.

We’ve all felt that way, right? Where we look up to this other person, on their pedestal, seeing everything they do and say as perfect. We know in our hearts that they are exactly the right one for us.

Juana believed in a romantic world — a world where the prince marries a peasant, where the starving artist becomes adored by millions, and where the perfect love exists — at least while she was writing My Divine Lysis.

To better understand the life she lived and the world that built up around Juana makes her words of devotion hit even harder.

My divine Lysis:
do forgive my daring,
if so I address you,
unworthy though I am to be known as yours.

I cannot think it bold
to call you so, well knowing
you’ve ample thunderbolts
to shatter any overweening of mine.

It’s the tongue that misspeaks
when what is called dominion —
I mean, the master’s rule —
is made to seem possession by the slave.

The vassal says: my king;
my prison, the convict says;
and any humble slave
will call the master his without offense.

Thus, when I call you mine,
it’s not that I expect
you’ll be considered such —
only that I hope I may be yours.

I saw you-need more be said?
To broadcast a fire,
telling the cause suffices —
no need to apportion blame for the effect.

Seeing you so exalted
does not prevent my daring;
no god is ever secure
against the lofty flight of human thought.

There are women more deserving,
yet in distance from heaven
the humblest of valleys
seems no farther than the highest peak.

In sum, I must admit
to the crime of adoring you;
should you wish to punish me,
the very punishment will be reward.