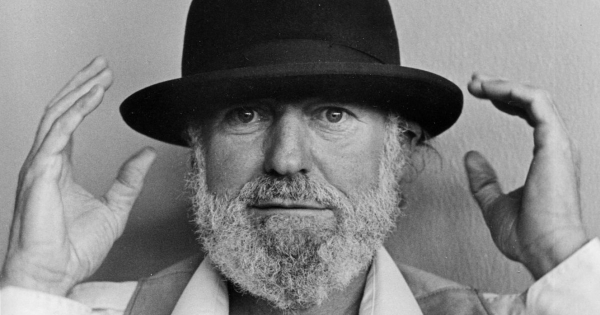 When most people hear Beat Generation, a few big names rise to the surface of their brains. Kerouac, Ginsberg, Corso.

But one name sometimes gets buried behind the scenes: Lawrence Ferlinghetti.

If you ask him, Ferlinghetti says that he was never a Beat poet. Yet that was the world in which he immersed himself, as a publisher, a writer, a performer, and a book store proprietor.

If Ferlinghetti wasn’t a Beat poet, he certainly was the fire that lit the Beat Generation and kept it going through the years.

In fact, just a few years ago, City Lights released a 60th anniversary edition of the Pocket Poets Anthology edited by a then 96 year old Lawrence Ferlinghetti.

So just who is this reluctant icon and how did he become a catalyst for one of the most prominent American poetry movements? Let’s find out! 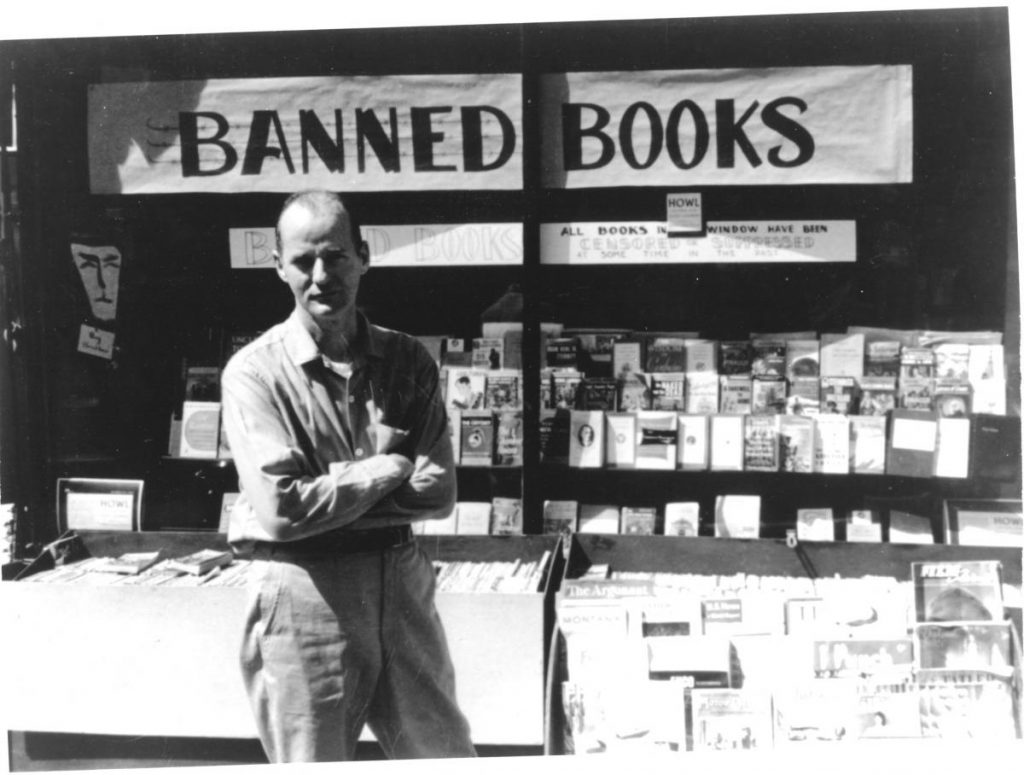 Lawrence Monsanto Ferling was born on March 24, 1919 in Bronxville, New York. He was the youngest of five children.

His father Carlo, was an Italian immigrant who shorten his last name upon arriving in America. His mother Clemence was a native New Yorker.

But the truth is, Ferlinghetti never really knew his parents. His father died months before he was born. And shortly after his birth, stricken by grief, his mother was placed in a mental health facility.

His aunt, Emily, took him to France and he spent much of his childhood there. In fact, French was his first language.

Emily and Ferlinghetti moved back to New York and fell on hard times. Ferlinghetti ended up staying with well-to-do family and that’s really where his love for literature was fostered.

He finished his primary education at a prep school in Massechuttes and ended up studying journalism at the University of North Carolina, at Chapel Hill.

After he graduated in 1941, he joined the Navy. You don’t have to be a history buff to know what Ferlinghetti was signing up for. During the second World War, he served on submarines and was even part of the Invasion of Normandy. What it must have been like to see such carnage on the beaches of his adopted home.

According to his City Lights biography, he was also on hand to see the aftermath of atomic bomb at Nagasaki. With such raw experiences like these, it’s no wonder why Ferlinghetti became a vocal anti-war activist.

But there was a small silver lining from his time in the Navy, because he used the G.I. Bill to further his education, getting a master’s in English Literature from Columbia University and a doctorate in comparative literature from the University of Paris.

Which brings us to the most important move of Ferlinghetti’s life. San Francisco. Around 1951, he took a job teaching French to adults in the city. He spent his free time painting and writing critiques of art.

be trapped behind the doors of universities or museums

He believed that poetry, especially, wasn’t about literary criticism and stuffy academics. No. Poetry was an artform for the people. It belonged to them, and it belonged to the streets.

Soon after, the pair opened the City Lights Pocket Book Shop. It was the first all paperback bookstore in the States. Ferlinghetti describes City Lights as a literary meeting place where people could read, meet, and exchange ideas.

Side note: It truly is! It’s one of the most inviting and comfortable book stores I’ve ever walked into. It feels homey and there are plenty of nooks to sit down and read a book without someone bugging you. My favorite room, of course, was the quiet poetry room at the top of the stairs.

The next natural step for Ferlinghetti and City Lights was to venture into publishing. One of the first books was a pocket poet version of Howl by Alan Ginsberg in 1955. Ferlinghetti had heard Ginsberg perform Howl and was mesmerized. It’s said that he sent Ginsberg the very same telegram that Ralph Waldo Emerson had once sent to Walt Whitman, “I greet you at the beginning of a great career.”

A year later, Ferlinghetti was actually arrested in San Francisco for selling lewd material. He won that case.

Not only did the trial bring newfound attention to Ginsberg and City Lights, but it also put a spotlight on Ferlinghetti’s own writing. In 1958, he published a collection of poems called A Coney Island of the Mind. It remains one of his most popular works to date.

What made Ferlinghetti’s work and the work of the Beat Generation so relatable was its emphasis on poetry as oral art and everyday content. For Ferlinghetti and the writers he published, poems were not merely words on a page. Poetry was a performance! It was a feeling. There was musicality in their diction.

Their works were often read in front of large crowds in concerts hall, and sometimes even set to jazz music. They spoke about scenes from the street, scenes from the war that was plastered on people’s tv screens, and intimate moments that were specific yet universal.

Over the course of his life, Ferlinghetti has written more than 50 books, include poetry collections and works of fiction. In 1998, he was named San Francisco’s first poet laureate.

This year, Lawrence Ferlinghetti celebrates his 100th birthday and an incredible legacy of promoting literature and art in the San Francisco community and beyond.

Between my trip to City Lights and this article, I experienced a break up that was tough. It left me severely depressed and made it difficult to find the joy I once did in sharing things I love, like my podcast.

When I was at City Lights, I bought a copy of the 60th anniversary pocket poetry anthology. Through the harder days, I kept turning back to one of his poems — “25.” It pushed me to admit that though there is pain…it’s not all the time. Lawrence Ferlinghetti reminds me that although there is darkness, the world truly is a beautiful place.

Not only was he an incredible writer himself, but he was also responsible for fostering the careers of so many icons. That’s why I think Ferlinghetti’s contributions to the modern poetry world are unmatched.

More pictures from my trip to City Lights book store: