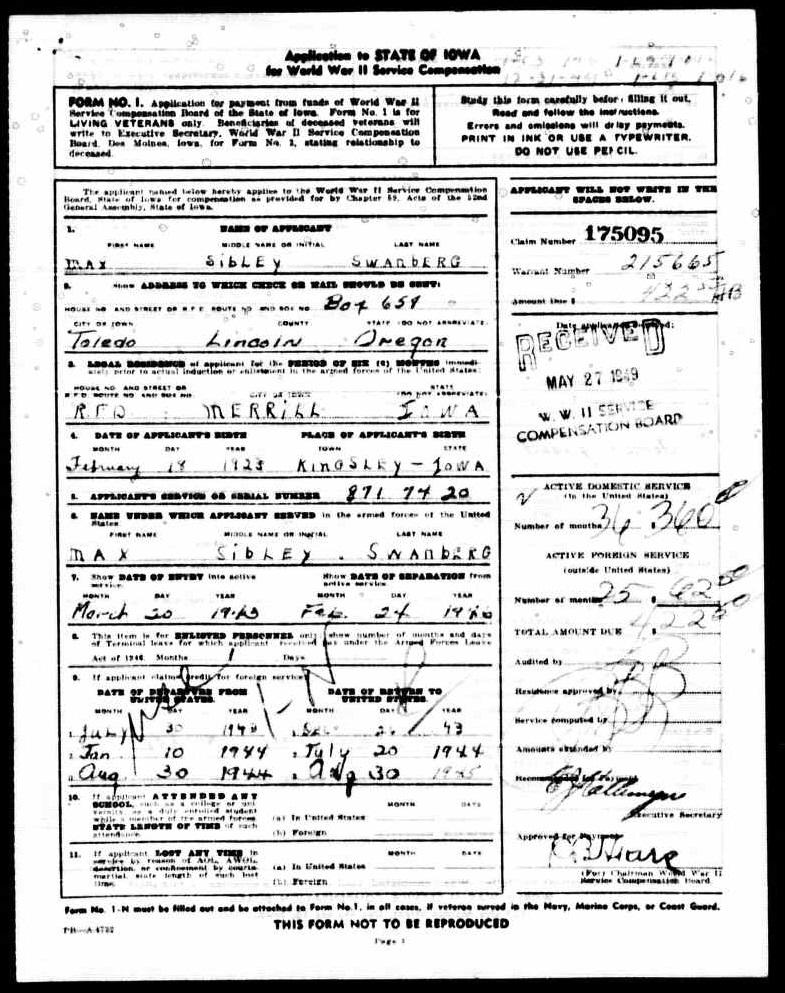 I lost my grandpa Swede the day after my 22nd birthday. I remember when my phone rang. I was driving to the airport to visit to NYC for the first time. I knew exactly what happened when I heard my brother’s voice on the other end of the line. My mom couldn’t bring herself to words so Josh had to pull that trigger.

I had a choice to make. I could have turned around; I could have canceled my trip and grieved with my family. I almost did. But a few months before that day, when I told my grandpa that I was heading to the Big Apple, his face lit up like a child. He was beaming when he told me what it was like to come back into the New York Harbor after being in the South Pacific for months. He said he looked up and saw her — the most beautiful woman he had ever seen. Although Swede was a flirt and would say just about anything to get a rise out of a woman, he wasn’t talking about my grandmother. He was talking about the the Statue of Liberty. So, I decided to go to New York. I rode the Staten Island ferry, got off at the port authority and jumped right back in line. I had to see Liberty like my grandpa saw her: hopeful and majestic, with the city skyline illuminating everything behind her.

After I returned from my trip, I jammed a photo of myself with Liberty in the background into my grandpa’s urn. I also found out that my grandpa spent my entire birthday telling my grandma that he couldn’t go yet. He didn’t want to die on my birthday and have that be the only thing I remembered every year.

Max Sibley Swanberg (Swede to his dearest) was a Gunner’s Mate Third Class in the Navy. He was a veteran of many wars — military and otherwise. He stayed true to his generational stereotype and was mostly silent when people talked about the War. But in his last years, I gleaned tidbits from him, pulling at whatever conversational strings he left hanging. He wasn’t fond of war and the things he had to do to serve and survive, but he was very fond of traveling and meeting new people. Today, I found this incredible record, undoubtedly dug up from the bowels of a filing cabinet cemetery in a tiny Iowan town. It is my grandpa’s application for WWII service compensation. I recognized his square handwriting instantly. What a lovely thing the internet is, bringing me pieces of my own history when I least expect it.

Thank you to everyone who has served and to those still serving.